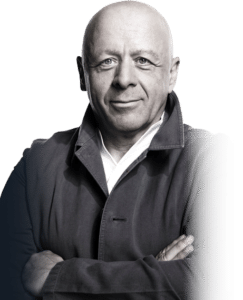 Learning, understanding, innovating, creating and sharing are the key words of the courses offered by the Thierry Marx College.

Born in Paris, Thierry Marx is one of the most renowned chefs of his generation. He trained with the Compagnons du Tour de France and the best French chefs, including Claude Deligne, Joël Robuchon and Alain Chapel. After two years in the army, he left France and travelled to Australia, Hong Kong, Thailand and Japan to perfect his cooking style.

On his return, he was awarded a first Michelin star in 1988 at the Roc en Val in Tours and another in 1991 at the Cheval Blanc in Nîmes. The Chef officiated for 10 years in the Médoc at the Relais & Châteaux Cordeillan-Bages where he was awarded 2 stars in 1999.

In 2006, he was elected Chef of the Year by Gault&Millau and le Chef magazine. In 2010 he took over the catering of the new Mandarin Oriental Palace in Paris where he obtained 2 stars in the Michelin Guide for the Sur Mesure by Thierry Marx. That same year, the general public discovered him in the television show Top Chef, for which he was a member of the jury for 5 years. In 2013, Thierry Marx was promoted to Chevalier de la Légion d’Honneur.

With an innovative and global approach to cuisine, Thierry Marx draws his inspiration from France and from his many travels, particularly in Japan. Fascinated by the Japanese way of life and its gastronomy, he regularly travels to the Land of the Rising Sun to recharge his batteries and practice martial arts, including kendo and judo.

Offering avant-garde textures and flavours, Thierry Marx defends a responsible cuisine, combining pleasure and well-being, which does not conflict between tradition and innovation. In 2007, he opened his first Foodlab in Paris where he set up a real collective brain alongside designers, architects, artists and scientists. In 2013, he created the French Centre for Culinary Innovation at the University of Orsay with physicist-chemist Raphaël Haumont. The laboratory is involved in various missions: fundamental and applied research, innovation, training and teaching. The Centre runs the University Chair “Cuisine of the Future”, supported by the Fondation Paris Sud and the Université Paris Saclay, and reflects on the evolution of food by focusing research on environmental and health issues for the year 2050.

At the request of the European Space Agency and Thomas Pesquet, Thierry Marx and Raphaël Haumont took up the challenge in 2017 to create a gastronomic menu to be enjoyed on board the International Space Station by the French astronaut and his crew.

In June 2016, Thierry Marx fulfilled one of his childhood dreams by opening his first bakery in Paris, accompanied by MOF baker Joël Defives. He merges the worlds of cooking and baking in a fast casual spirit. Building on his success, Thierry Marx opened two new shops in 2018: in the heart of Saint Germain des Prés and opposite the famous Galeries Lafayette.

The year 2016 also marked the opening of his first establishment in Japan in Ginza, the trendy district of Tokyo. The Thierry Marx gourmet restaurant and Bistro Marx combine the chef’s passion for Japanese cuisine with his mastery of French gastronomic heritage.

Following his desire to make “good food available everywhere and to everyone”, the Chef is opening several restaurants in places where people live. These include La Plage at Nice airport, which opened in April 2016, La Villa at Lyon’s Edouard Herriot Hospital, which opened in January 2018, Teppan at Charles de Gaulle airport in July 2018, and L’Etoile du Nord at the Gare du Nord in Paris since November 2016. In the heart of Europe’s largest train station, L’Etoile du Nord is inspired by train station buffets and offers a brasserie menu with local and seasonal products. An ardent defender of quality street food, he and designer Ora Ito have created a new street food concept called Marxito, buckwheat pancakes filled with sweet and savoury ingredients in a Franco-Japanese spirit. The first shop opens next to the Champs Elysées in October 2018. In October 2018, the Eiffel Tower entrusted him with the operation of the first floor restaurant, “58 Tour Eiffel”.

Thierry Marx invests himself outside his kitchens. An ardent defender of professional training, in 2009 he experimented with the town hall of Blanquefort with a short, free training course for people in social difficulty and with the project of opening a street kitchen concept. In Paris, he built on this Gironde experience and created “Cuisine Mode d’Emploi(s)” in 2012, in the 20th arrondissement of Paris, the neighbourhood of his childhood. He offers integration courses to people who are far from work by training them, free of charge and in 12 weeks, to become a cook, baker or waiter. With a return-to-work rate of 92%, Cuisine Mode d’Emploi(s) has trained more than 500 people and has 9 schools throughout France.

Based on the same model, he and Mathilde de l’Ecotais are launching Media Social Food in September 2018. The association provides free training in 8 weeks of training and 4 to 8 weeks of internships to young adults who have not graduated and who are far from the school system in the field of culinary image for social networks.

Since 2005, it has also been working in detention centres where it gives cooking lessons to prisoners and helps them with their professional reintegration projects 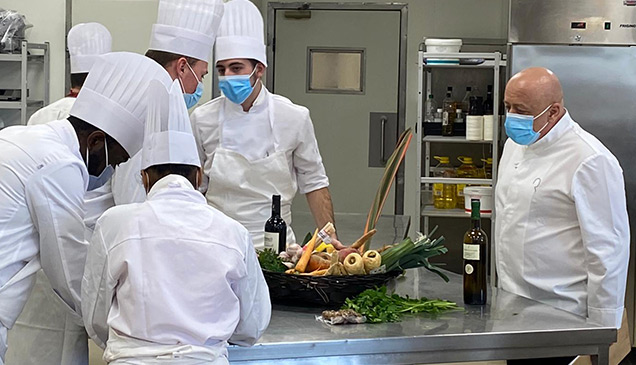 Training available on our Paris campus 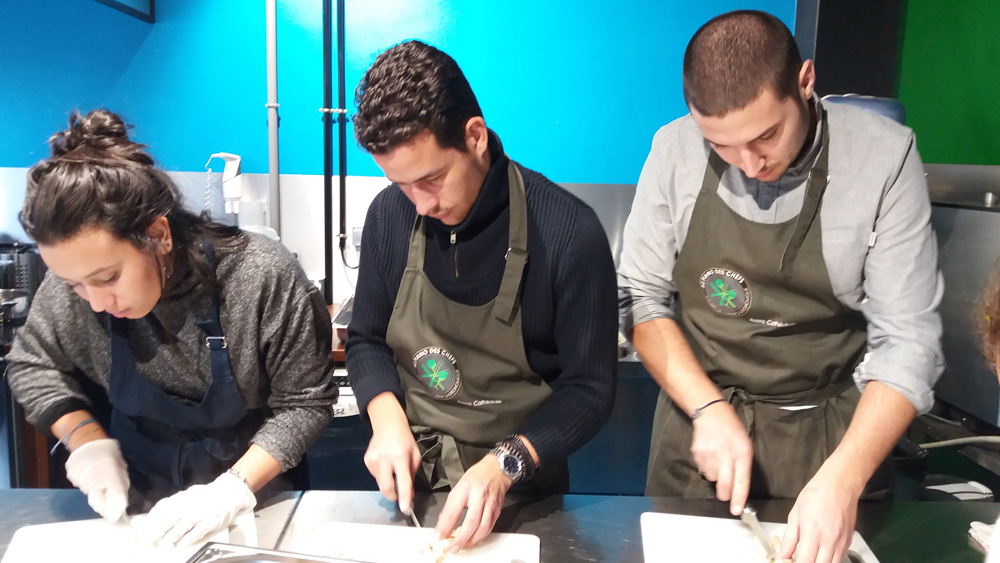 Ms in Food and Beverage

Training available on OUR PARIS CAMPUS

This training provides the foundation for a high-flying career in international marketing. Two available majors : Marketing or  Culinary Arts.

I would like to obtain more information on training courses

Thierry Marx College is a member of the Collège de Paris

Collège de Paris offers individualised support to each person with a disability who wishes to join one of our establishments. You can be put in touch with our disability advisor or benefit from the support of one of our partners: Tremplin Handicap for access to work experience or internships; the Neurogroupe for neuro atypical people.
Thierry Marx College is a private institution of higher education and member of the Collège de Paris